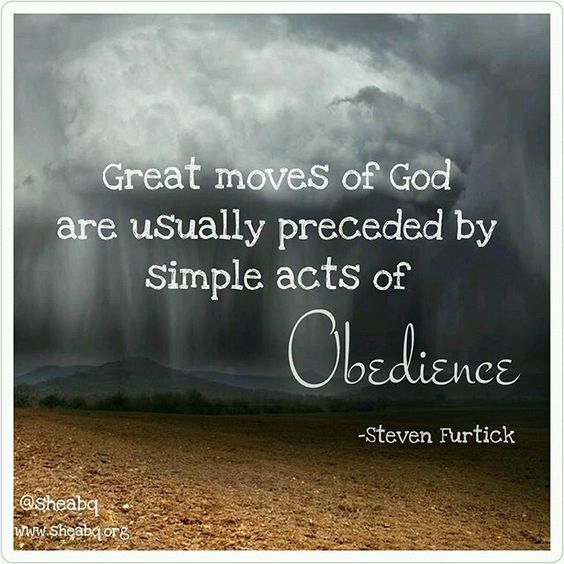 It is the simple acts of obedience.

For instance, “Get me that book across the table?”…or “Don’t leave today”…or “Leave that guy/girl alone…”…

I bumped into this while browsing through the web,you might be wondering where I am going with all that dancing around and singing, “We are on top of the world.”… Are you on top of it?…Just asking 🙂

There was once a King who chose to dance around “the stone wall” and forgot where he came from and where he was going.This is one of those passages of scripture one reads and feels ‘goosebumps’…I Samuel 15 is a story of King Saul receiving instructions from Samuel,to go and kill the Amalekites,all of them including their possessions.Saul received the instructions and while on the mission he spotted Agag and His possession and ‘foolishly’ decided to spare him and his possessions because he was not weak.As simple as this looks,His disobedience cost him a great deal.He later on decided to keep ‘dancing’ in verse 12 where we are told that Saul set up a monument in his own honour and has turned and gone on down to Gilgal.

The Lord appeared to Samuel and revealed everything that transpired.Can you imagine the Lord regretting His decision to call you?…This is indeed grievous!….King Saul lost it when He decided to allow the Lust of the flesh,when he admired what Agag had;the Lust of the eyes,when he saw the difference between those he killed and what Agag had and finally the Pride of life,when he decided to put up a monument in his own honour!I mean,He just lost it!

Look at that!Instead of obeying the Instructions of God and allowing Him to move and just have His way,He chose to do what was best in his own limited,carnal eyes.At the end of the day,He lost everything!

His dancing around the stone wall called ‘King Agag’ made Him forget where He came from,what He stood for,who He was to listen to and where He was going to.I like what Scott Higgins says(the one who narrated the above story of taking a vacation with family).He says,

“If you think of life as a journey, most of us would like to sit at the top of the world, to have one of those perfect moments where it all comes together and make sense, where we can look back at where we’ve come from and look ahead and know where we’re going, to have a sense of what is out there waiting for us, to see the detours and potholes and danger points that lie out there and start planning how we’ll meet them.But instead of sitting at the top we spend most of our time travelling on either side of the hill. God sits at the top, has a sense of how it all fits together, but we usually don’t get that view. We get surprised by potholes and detours and danger spots and have to struggle our way through them.”

God sits at the top and has a sense of how it all fits together.

Saul was travelling through and did not get the view.At the end he lost it all.

My prayer today is that we learn to obey God.It is often said that delayed obedience is already disobedience.You can imagine what not doing is described as.The Bible graduates it to refer to Rebellion.

1 Samuel 15:22b-23(NIV) says, “…To obey is better than sacrifice,and to heed is better than the fat of rams.For rebellion is like the sin of divination,and arrogance like the evil of idolatry.”

Do you want to be a witch or an idolater?…It is that serious my friends.God is able to work in us as long as we submit because when we do not have God in our lives,we cannot live an obedient life.

My prayer for us today and in the days to come is for us to intentionally walk in obedience,following the footsteps of Jesus Christ Himself,who obeyed His Father until death!He is our perfect example,the Author and finisher of our faith.

I am a wife, a mom, a blogger and podcaster, passionate about the lost. My ministry is all about shining the light bright for the world to see and at the end of the day inspire action through encouragement from Gods' Word. View all posts by Vivian Blessing

One thought on “DANCING AROUND?”